SPOILER WARNING: Nobody dies at the end of this podcast.

Issue 3 is brought to you (unofficially) by SURGE!


I give up on predicting what's happening with TNA getting sold or not sold. Go here if you want to spend a coupla hours looking at the insanity behind a wrasslin promotion.

Couldn't find the whole match for Ric Flair vs Mick Foley Last Man Standing match in TNA, but here's some highlights set to strangely appropriate music. This was not Flair's last match, but it was ostensibly Foley's (he competed in a Royal Rumble after this): 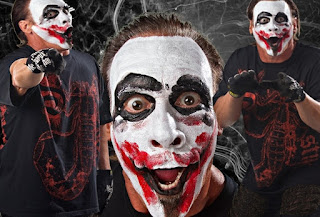 Lest you think we're too geeky, sports stuff! LSU head coach fired after 12 seasons with the team.


SPOILER WARNING: We're about to talk about spoilers.

Brian RUINED this for Casey, the identity of Iron Man's real daddy. 4 years, Brian! 4 years!
Spoilers links and history:
A scholarly approach
In defense of spoilers
The origins of spoilers
The history of the 'spoiler alert'
Even more history
Wiki spoiler article with more spoilery goodness

Young Casey got to read the magnificent ending to Marvel's Thunderbolts #1 way back in 1997 without it being spoiled for him. Brian didn't have internet at the time to do so: 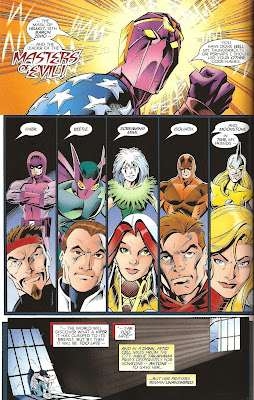 A breakdown of the Sixth Sense ending.

Movie trailers that totally spoiled it for everybody:
Mental Floss Top 12
Movie Pilot Top 20
Some more on Screen Rant

A history of movie trailers.


The weird ending to Roseanne that made the show seem more a tragedy than a comedy.

And the weird ending to Dexter that did the opposite:
Mankind putting butts in seats after winning the WWF world title, despite WCW spoiling it on their show just minutes before: