Ok, first off, let's see some cute little baby animals acting all adorable and what not:

You may need that before you step into today's Geek House Podcast and Guide. Let's do this: REAL LIFE SCARY HALLOWEEN STORIES!!!

None really, other than The Walking Dead!

Cracked article on shows that had an appropriate ending but kept going anyway.

Casey was wrong about some of the details, but Audie Murphy is the World War II US soldier so amazing he asked producers to tone down his story in the movie of his life because of how unbelievable it sounded. He even played himself 'cause no one in Hollywood was BA enough to do it.

Frank Lloyd Wright's home as the setting for a slasher flick. 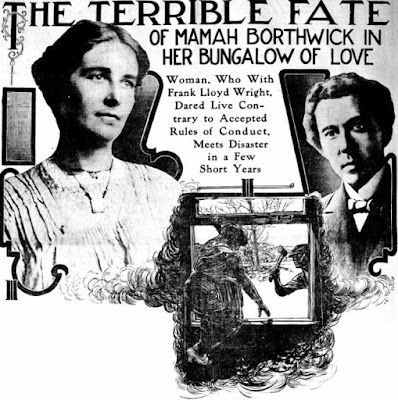 Poltergeist predicting the 1988 Super Bowl (it was released in 1982!):
The Power Rangers curse.

And how one Power Ranger murdered his roommate with a sword because the roommate's girlfriend was spending way too much time at their crib.

And the Little Rascals curse. Note two of the kids that managed to live past the age of 70 died of a hit-and-run and a stabbin'. Even the friggin' dog, Petey, died of poisoning!

Major Henry Rathbone and the tragic events of his life after a tragic event in his life when he wasn't able to save President Abraham Lincoln.

Edgar Allan Poe's story, The Narrative of Arthur Gordon Pym of Nantucket, and the amazing coincidences between it and the real life stranding of a ship crew years after the story was published.

You can read the original Poe story here.

Not to be confused with
or
Also, the book Futility predicts Titanic tragedy with eerie detail.

And the Poe Toaster story

The truth or fiction behind the Bloody Benders' connection to the Little House On the Prairie.

The severed feet washing up in British Columbia:

A recent news story about the still ongoing mystery of the severed feet.

Henry Weston Smith, the preacher from (and on the show) Deadwood, who was killed mysteriously but not robbed.

The mystery of Elisa Lam, whose body was found in a water tank above a hotel and video footage was later found of her trying to escape something or someone and behaving bizarrely.

Here's a story on her with video from the hotel:

Video of the Zodiac killer calling into a news broadcast:

And I'm too creeped out and sad for the dog to post it on here, but here's a video of Russian scientists reanimating a dog's head just to show a real life horror movie.

Serial killer/rapist in the 70s and 80s who probably went to the neighborhood meetings held about him.

Marie Delphine Lalaurie, the cruelest slave owner ever. And that's saying something.

Dr. Marcel Petiot, 'humanitarian' killer during World War II who promised hope then dissolved it in pits of quicklime.

Amelia Dyer, putting her contemporary Jack the Ripper to shame with his paltry 5 murders.

President George H. W. Bush almost was part of a group of 8 US airmen who were taken to an island called Chichi Jima where they were eaten by Japanese soldiers in World War II.

Years later he would vomit on the Japanese prime minister over bad sushi. Revenge is a dish best served cold:

The mystery of the Lead Masks deaths in Brazil. Here's some more.

Ok, now that I'm thoroughly depressed after researching all that stuff, I'll cap it off with a video about why you should be happy to be you courtesy of Buzzfeed. Now go cuddle with a fluffy duckling or eat some rainbow spaghetti or something: