Reading the X-Men: (a little more than) 1 Year Later 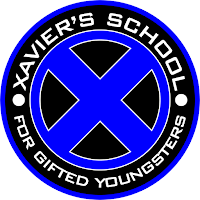 I meant to write this on the anniversary of me starting this monumentally nerdy project of mine. I went back to my old blog and pulled up the stuff I've written about it and realized I actually started "Reading the X-Men" on November 11th of last year. Oh, well. So this is an anniversary and some change that I'm writing this on.

Anywoo, The basic gist is I'm reading all the X-Men comics. All of them. For those not near nerdy as Brian or meself, that's a metric rumpload of comics (not to be confused with a buttload, as that's a measurement for liquid equal to 126 gallons). I haven't gone through since February of this year and counted how many I've read so far, so I figured I'd do my figuring today on the (not-quite) anniversary!

What I've read so far:

Which comes out to 859 X-Men related comics I've read in just over a year. Damn.

Observations:
So far I've only closed out two ongoing series - New Mutants (Vol. 1) and Dazzler. New Mutants is my all time favorite comic series. Dazzler is...far from it. I expect as I get to the late 90s, I'll be closing out a whole lot more ongoing series.

I could explain the Summers family tree up till this point, I just don't want to.

The retcon work to make Cable fit as Cyclops' son was a thing of beauty. Rarely do the story pieces align to make that sort of convoluted magic make sense.

I expect by this time next year I'll be into the Grant Morrison run of New X-Men. There's a TON of ground to cover by then.

Creators that were awesome: Claremont (duh), Louise Simonson, Walt Simonson, Jon Bogdanove, Alan Davis, Bill Sienkiewicz (spelled that from memory, points to me!), Byrne, Cockrum, JR Jr., Mark Silvestri (who was underrated in his run), Bob McLeod, June Brigman, Bret Blevins, Greg Capullo (whom I wish had stayed around longer with the X, rather than waste damn near 2 decades with Todd McFarlane)

Recommendations from all these:
- Chris Claremont's entire run on Uncanny
- The entirety of New Mutants
- God Loves, Man Kills
- Avengers Annual #10
- minis: Magik, Wolverine, Nightcrawler, Fallen Angels, Meltdown, Longshot, Firestar, X-Terminators, X vs A and FF vs X. Iceman is crazy bonkers nutzo, words can't express just how weird that mini was
- Any Alan Davis Excalibur
- The Weapon X story in MCP
- The Asgardian Wars
- Daredevil's issue that crossed into Fall of the Mutants was harrowing and disturbing in wonderful ways

Anti-Recommendations/Disappointments:
- Much of Dazzler
- X-Men and Micronauts, just friggin' terrible and uncomfortable to read
- Spellbound was disappointing considering it was Louis Simonson on it
- Most of the Wolverine one-shots and graphic novels
- Jim Lee's huge-selling X-Men run was so light and forgettable, Rob Liefeld's X-Force and Whilce Portacio's Uncanny (all running concurrently) seemed to have more focused directions
- X-Men: Spotlight On the Starjammers was gorgeous to look at but exhausting to get through

I just finished up X-Cutioner's Song and am about to delve into the most angst filled time of the X-folks' lives. The X-Men barely win anything during this time, and in fact Wolverine ends up losing his adamantium AND his nose! Age of Apocalypse and Generation X are on the horizon though. Onward!