And we are back! Well, as of last week. Knowing I can't ever get these out on a consistent basis. Let's get into it! 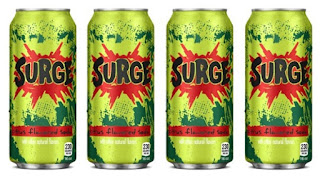 anywhere, so here's a sometimes helpful (sometimes, as in the store closest to my house that the locator says sells Surge does no such thing) store locator from Surge's website.

There have already been several wresling deaths in 2017, here's a list of 'em. Now, Mary Tyler Moore is on there and I read that she was included due to being in the audience at Wrestlemania VI. I was wondering there for a minute did she and Lou ever step into the ring or something.

An article about the possible length of the runway in Fast & Furious 6. 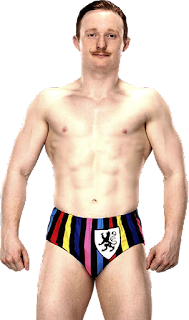 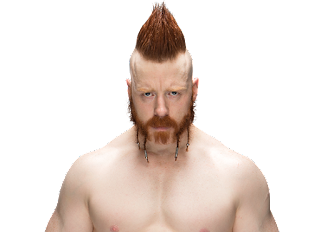 Here you can find Brian on Firverr and get some of his amazing musical services!

And here you can find my good buddy best friend 'Cuz' and his page through in which he promotes and sells his handmade wrestling toys and wares. He's in the midst of updating, so more to come on there (brother's getting married, whatcha gon' do?)

Catching up on TV:

Wrasslin' (with a little bit of TV still):

And if you have an hour or so to watch the GREATEST WRESTLING MATCH OF ALL TIME EVER ACCORDING TO DAVE MELTZER GIVING IT AN ULTRA RARE 6 STARS!

Kazuchika Okada defending the IWGP Heavyweight Title against Kenny Omega is definitely an amazing match, and in the conversation for one of the best ever. But Meltzer awarding it that much (he basically created the 5-star rating system in use by wrestling critics today) may have lessened the hype over it, ironically.

Neville, the King of the Cruiserweights, and his new attitude:

The potential and increasingly likely (and underwhelming, if not straight-up disappointing) Wrestlemania 33 card.

Eh, I've posted the Doctor Strange and Rogue One trailers before, so I'ma just post the Hidden Figures trailer. Go see it, even if it got shut out at the Oscars.

Current Han Solo cast (featuring the Mother of Dragons as somebody (likely Han's wife?) and Donald Glover as freakin' Lando!)

The Rock and WWE are teaming up to make the movie Fighting With My Family based on the documentary about WWE diva (I'm using that term in the classic, and therefore critical sense considering her attitude towards wrestling lately) Paige and her wrestling family.

He read Jason Aaron and Ed McGuinness's Amazing X-Men run and felt like this: 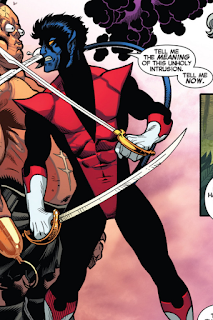 And the creepy Hellboy: The Crooked Man by Mike Mignola and Richard Corben: 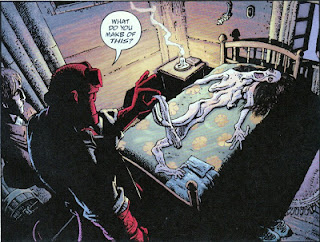 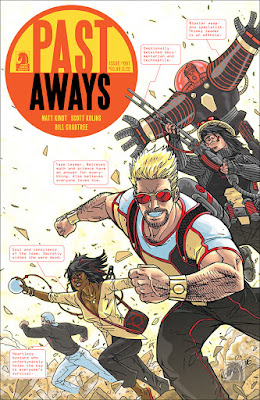 and Irredeemable by Mark Waid and Peter Krause:
And The Beauty by Jeremy Haun and John Hurley: 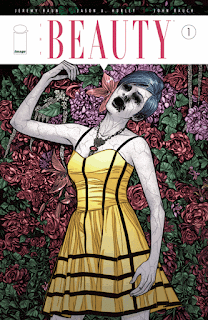 Dead Inside by John Arcudi and Tony Fejzula: 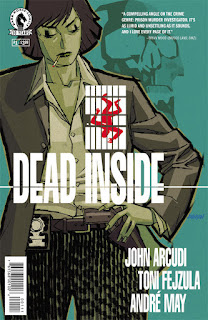 Batman #12 (from the "I Am Suicide" storyline) by Jeff King and Mikel Janin: 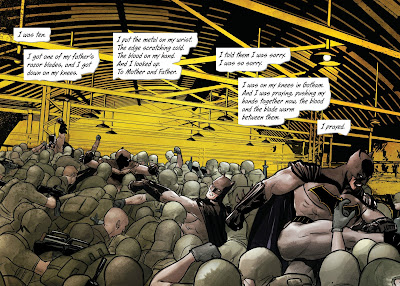 And just look at this page:
And, in the end, the frustrating yet compelling Inhumans vs X-Men by Charles Soule, Jeff Lemire, Leinil Francis Yu, and Javier Garron: 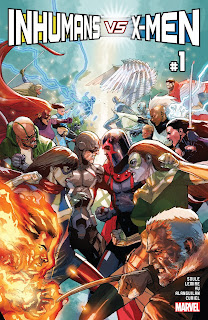 That's it for this week's Geek House Guide. Hope to have Vol 3 Iss 2 up ASAP. Thanks for reading and listening!