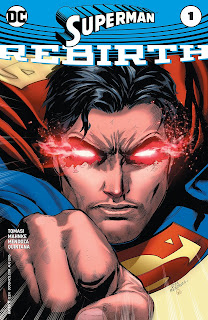 As I wrapped up my summer semester of school I paid a visit to my new local library (in the Gentilly area of New Orleans where I now live). The wall of graphic novels made my jaw drop in geek awe. The selection at this library was vastly larger than that of my library back in Mobile, AL. As I perused the selection I found a lot of books that I wanted to read, but I started to notice something. I was discovering multiple volumes from the Superman: Rebirth series - volumes 3, 6, 4, 8... I began looking for each volume and discovered that my library had the entire Rebirth run of Superman. As a result, and because I need a distraction from academia, I've decided to read each volume and give my impressions here. So let's get started!

As the New 52 "gave birth" (pun intended) to the Rebirth series at DC a lot of questions needed answering for those, like me, who had not read all of the New 52 Superman books. Personally, I despise multiverse story telling in comics. The innumerable amount of possibilities it opens up may seem like endless possibilities to some, but for me its just confusing and lazy storytelling. From the first page of Superman: Rebirth the reader is confused. There's a bearded Superman (Superman-A) in a familiar black suit with a silver insignia on the chest. He's mourning the death of the Superman from the New 52 (Superman-B) and, revealed in conversation with Lana Lang, awaiting the previous Kal-El's return from the grave - seeing as how that seems to be the M.O. given that Superman-A had also returned after being killed by Doomsday. If you're asking, as I was, "What?!" I hate to say that these details were not given in the story. I looked up at article online that summarized the ending of the New 52 storyline, and here's what I learned: Superman-A from the 90s that fought Doomsday, died, then came back, had a mullet for a while, married Lois, etc. was removed from the timeline for a short while. The younger, brasher Superman-B appeared and began making a name for himself, dating Wonder Woman, and what-not while Superman-A made a decision to go into hiding. Why would he go into hiding? Because he and Lois have a son, Jonathan, and they decided to keep him and his abilities a secret (Oh, snap. I just realized this is somewhat similar to Superman Returns... now I kind of hate it... Oh, well). Being in hiding did not stop Superman-A from doing heroic deeds, he just did so incognito. But with the events surrounding the death of Superman-B, Superman-A felt he had no choice but to reveal himself. 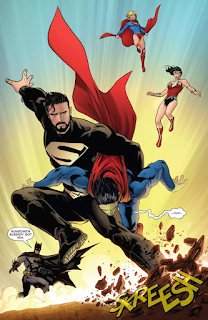 Stan Lee famously stated, "Every comic book is someone's first comic book." For this reason Marvel has often included a summary of the story previous to the issue in your hand on the first page or inside cover to catch the reader up on what's happening in the book. This was much needed in Superman: Rebirth. I've been reading Superman comics all of my life, but I was totally lost a few pages in to this story. I had to put it down, get on the computer, and do a Google search to discover what had happened before the story I was reading and to explain the context of what I was seeing. In most Superman stories if the reader is not familiar with the storyline that is happening at that time, one can usually put the pieces together based on things that are typical to the Superman universe. However a number of things were out of whack in this story. One, there was more than one Superman and one was dead and the other was wanting the dead one to come back. Two, Superman had a son, lived on a farm, and had not been the public Superman for quite some time.

My questions: So now Batman and Wonder Woman don't know if they can trust this Superman-A. Do they not remember Superman-A? Did they meet Superman-B with no recollection of Superman-A? Was Superman-B all they had ever known of Kryptonian life? Supergirl apparently was around. How does she fit in? If I had a bunch of money to blow on comics I would have read all of this and known the answers to these questions already (but I don't, so I haven't). For a reader jumping into this story at Rebirth, I am utterly confused. But one trudges on and pulls a Forest Gump to say, "Well, I've come this far..."

In the opening story of Superman: Rebirth, Superman-A takes Lana Lang and the Fortress of Solitude along with the remains of Superman-B, contemplating if they can use some kind of matrix to reawaken the deceased hero. Given that Superman-B was turned to dust when he died there is apparently no hope of his reanimation. Knowing that the world needs a Superman, and despite the risk for his family, Superman-A becomes the one and only Superman once again. There was a really cool splash page in the second issue in which Superman flies away from the graveside of Superman-B (where he and Lana had buried him next to Jonathan and Martha Kent) and says, "The colors will fly", of course referring to the red, blue, and yellow of Superman's costume. 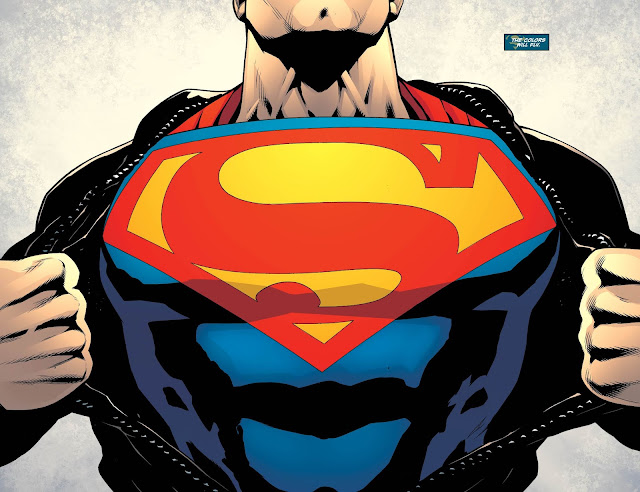 As the audience is introduced to Superman's family, the apparent soccer-mom version of Lois Lane and their son, Jon. The character of Lois seems so far removed from her quintessential character in the comics that I really don't know that to make of her. She's definitely not smarmy, go-getter as I'm used to, here Lois is a concerned, protective Mom. I know that becoming a parent changed me in a lot of ways, as well as my wife, but who we are as people did not change overall. In these issues I feel that the character of Lois is way off from who she's supposed to be. Perhaps later in the story she'll reveal her old self. After all, she's also apparently been living under a different name for quite some time, on a farm, with a son that has superpowers, married to a man who is Superman but isn't being Superman - I can see how that would cause a person to behave differently. 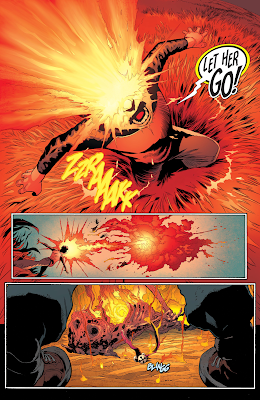 Jon is a likeable. As we are introduced to this character we find that Jon's powers are unstable and unpredictable, surely a difficult struggle for someone under 10 years old. Jon runs out into a field accompanied by the family cat when a bird of prey swoops down and carries off his pet. He angrily yells at the bird to let the cat go and a burst of heat vision explodes from his eyes. The bird was killed, but unfortunately so was the cat. Jon held this guilt and did not reveal what happened to his parents, but it was witnessed by the neighbors' daughter. Later in the story, Superman reveals to Jon that he knew what had happened because he could both smell and hear the events as they played out.

Jon also is suspicious of his Dad's relationship with Wonder Woman and Batman, who show up on the farm to talk to Superman and give Jon a creepy stare as he spies on them from his bedroom window. After Jon takes a tumble from a tree Lois and Clark take him to the fortress to try and figure out why his powers seem to come and go at random. When they arrive at the fortress they find that the Eradicator (yes, another throw back from the 90s "Reign Of The Supermen" storyline) has inhabited the fortress and seeks to help Superman maintain his Kryptonian legacy. Unfortunately, that legacy must be kept pure by eradicating the abomination that is Kal-El's son, Jon, who is half human and half Krtyptonian. The Eradicator explains that General Zod created the Eradicators to capture criminals and conspirators by consuming heir souls in order to deliver them to the Phantom Zone. Superman discovers that, in the dying moments of Krypton, the Eradicator had consumed the souls of the entire population of Krypton, who now serve as the source of his strength. In order to protect Jon, Lois, and Metropolis from the Eradicator, Superman flies his family to a Bat-cave that Batman had apparently set up on the dark side of the moon. Superman struggles to defeat the Eradicator and is literally consumed by him, along with Krypto the super-dog. Inside the Eradicator, Superman enlists the help of the Kryptonian souls to defeat the Eradicator and outside, as the Eradicator tries to kill Jon, Lois puts on a suit of Bat-armour and beats the snot out of the Eradicator. As Superman leads a mass exorcidus (exorcism + exodus, I made that up) of souls out of the Eradicator, only one powerful being remains inside as the source of his power: Krypto. Superman commands Krypto to come out of the Eradicator and his power is gone and he ceases to exist.

A long-term and beloved character of Superman comics, Bibbo, makes an appearance in this story, and helps to confirm for Metropolis that this "new" Superman is the real deal.

Overall I give Superman: Rebirth Vol.1 a solid "B." The art is incredible at times and very good throughout. For me, the art is 50% or more of the comic. The story can be amazing but if the art is bad I will not enjoy a book nearly as much. The art was great, the story was decent. I'm definitely interested in seeing where this goes next. 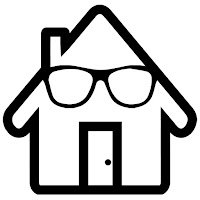